What a wonderful name “Patin Libre” (Free Skating) is! What an incredible team, these five exceptional skaters, high-flying technical aces, who, since the end of their traditional training, chose to mix their original discipline with contemporary dance and to go beyond performance. With “Vertical Influences”, they proclaimed the manifesto of their freed but sophisticated skating, flirting with ballet of forms, optical delusion and graphic game, without losing its supersonic slide. In their latest work, “Threshold”, these flying athletes pursue their search for “a speed and vertigo choreography, induced by motionless bodies that move as if by magic”. They remain in equilibrium on their skates, between the before and after of a movement, to reach the paroxystic moment of falling. Enthusiasm and lift-off at maximum speed as for an ice rocket. 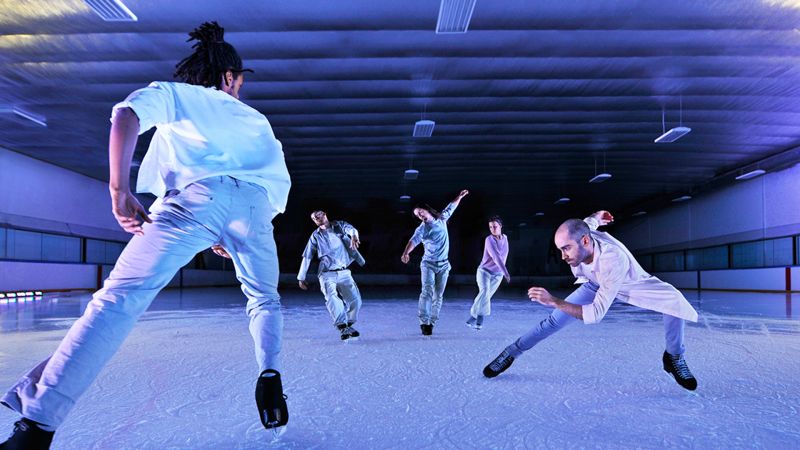