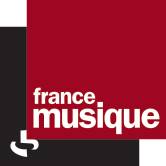 The great Iranian poet Ferdowsi attributes the creation of Nowruz to the mythological King Jamshid. From the era of legend to the historical period all the way to today, Nowruz is the only celebration that survived the wars, defeats, and changes in dogma. Occurring on March 21, on the spring equinox—the time when night and day are of equal duration—its place is first and foremost in the heart and soul of every Iranian. Nowruz is not only Iran’s principal holiday, its matrix, but it is also celebrated in Afghanistan, Pakistan, in all the Central Asian countries, in Turkey, in Chinese Xinjiang, and Russian Dagestan. Nowruz is also recognized wherever the Iranian diaspora has settled. Meaning “New Day,” Nowruz marks the first day of spring, in other words of the new year. The palaces of the Hundred Columns and Apadana in Persepolis (521 BC) seem to have been built for the formalities dedicated to Nowruz. It became an official holiday under the Sassanid Empire (224-650). It is practiced by the people and the king, who holds public audiences, dispenses gifts, absolves criminals, and liberates prisoners. It is an opportunity to dance, sing, and listen to the pieces composed by the greatest musicians, notably Barbad, who is said to have devised a musical system in seven royal modes, thirty derived modes, and three-hundred and sixty melodies, including that of Nowruz.