In Arabic
Overtitled in French

FROM CLAUSTROPHOBIA TO METAPHORS OF THE CONTEMPORARY WORLD, BASHAR MURKUS PRODUCES A BITING SATIRE OF CONSUMER SOCIETY.

Imagine a relatively narrow space. A room, for example. Imagine that the person who lives there stops moving, as if he were rooted in place. What is happening to him? What become of his past, his future – and even his present? This performance conceived by Haifa-based Bashar Murkus provides a striking vision of a situation verging on the fantastic, through the observation of a man immobilized in a room out of fear of stepping outside. Under the cold eye of an outside authority known as HASH, this recluse whose degree of willingness remains unknown to us, seems every bit the guinea pig. While he struggles to remember his past, he is constantly gaining weight. Soon he won’t be able to take it anymore. Reaching far beyond claustrophobia, this cruel device somewhere between the One Thousand and One Nights and Franz Kafka proves to be an intriguing metaphor for the contemporary world. 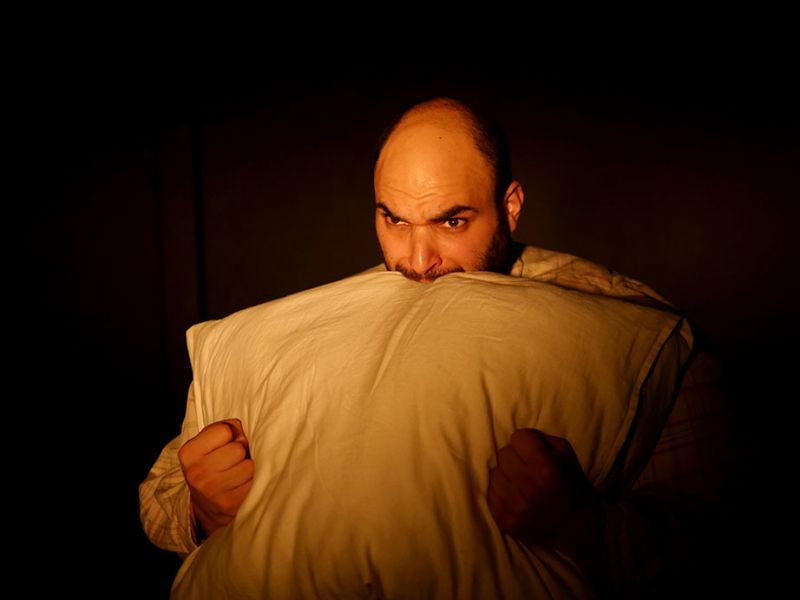 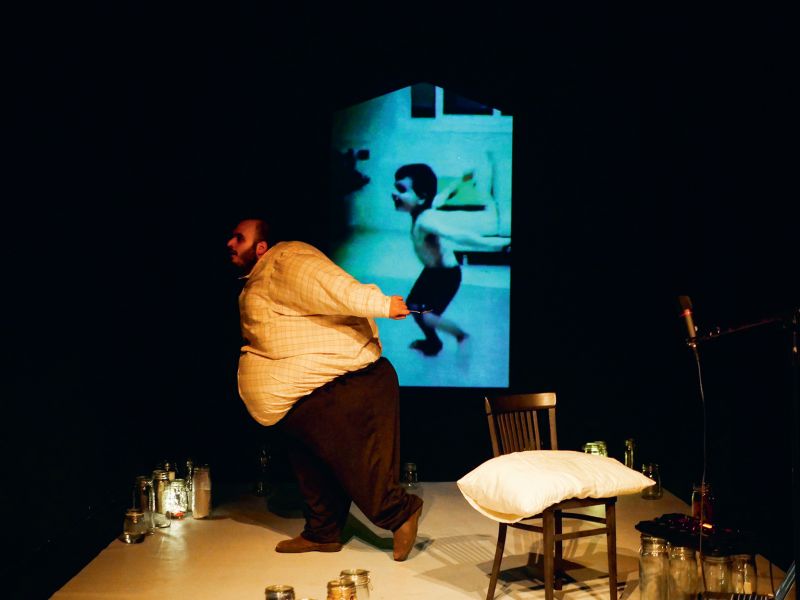